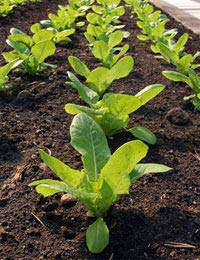 While conventionally considered to be outside the normal scope of ‘inventing’ innovation in plants — creating new varieties — is an interesting area which it is worth examining further.

Plant Patents in the US

The UK does not have plant patents (but see below); however, the US has done since 1930, when they were introduced after long campaigning by agriculturalists such as Luther Burbank (creator of the Burbank potato and 800 other varieties of plant, from quinces to cacti) and even Thomas Edison himself.

US plant patents — which last 20 years — cover new and distinct varieties of plants which the ‘inventors’ have discovered and successfully asexually reproduced (such as by grafting or using cuttings to produce an exact genetic copy of the original). Because of the possible complexity of these stages, there are often multiple inventors named. Plants propagated from tubers are excluded, as are naturally occurring mutations found in an uncultivated state, and bacteria. Algae and larger fungi are covered.

Internationally, though, and in the UK, systems of Plant Breeders’ Rights (or Plant Variety Rights), introduced during the 1960s, are in force and these do not exactly parallel the patent system. It is a complex field and the interactions between the systems have been the subject of much litigation and revision in order to strike a balance between the needs of farmers (both small and corporate) and plant breeders (again, both independent and corporate multinationals).

From the plant breeder’s point of view in the UK, the first steps are to apply to the Plant Variety Rights Office (PVRO), a subsidiary of DEFRA (rather than the UK Intellectual Property Office) based in Cambridge, or, for European rights, the Community Plant Variety Office based in Anjou, along with an application fee.

The criteria used by the PVRO are that:

Unlike the patent system in the UK, the PVRO actually does tests on the proposed new plant variety, provided by the breeder, to establish that it qualifies. Breeders must notify PVRO if the plant is genetically modified, within the EU definition.

What Plant Breeders’ Rights Give You

Plant Breeders’ Rights give the holder a right to prevent others, within the UK, offering, importing or exporting for sale the protected variety, and producing or conditioning it for propagation, except for private, non-commercial use. Therefore you can stop someone selling your variety, whether grown in the UK or not, but you can’t stop someone propagating the variety privately (something which would be very difficult to confirm anyway). These rights last for 25 or 30 years, depending on the type of plant, and the breeder must maintain the variety over that period as well as paying renewal fees.

Of course, much of the value of the right is in licensing others to grow and propagate the variety, and that licensing is a matter for you (the breeder) and your licensees rather than the intellectual property system.

Equally, whilst you cannot stop someone breeding and developing your variety for private experimental purposes, if a hybrid or an ‘essentially derived variety’ is created, you have the same rights to prevent or control commercial exploitation of it.