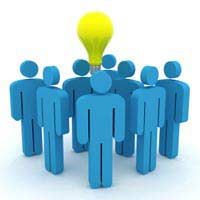 There are a number of organisations that provide useful networking opportunities for inventors. Such networks can help inventors create and promote their ideas.

Similarly, counselling services exist to encourage inventors to persevere and make the best of their concepts.

The European Union Women Inventors & Innovators Network (EUWIIN) creates opportunities for female innovators and inventors in Europe. It does this by promoting innovation and invention in business, in the workplace, at home and in schools, colleges and universities.

EUWIIN aims to raise the self-confidence and aspirations of female innovators and inventors. It also works to improve experience and motivation.

The Global Women Inventors & Innovators Network (GWIIN) has links to EUWIIN. GWIIN’s purpose is to give resources, advice and mentoring to female innovators and inventors across the world.

GWIIN achieves this in the UK partly through its events and awards programme. The awards in particular have sponsorship from companies such as BT, and government agencies such as the British Council and the Department of Trade and Industry.

The Scottish Innovators Network (SIN) provides inventors in Scotland with a chance to discuss their ideas. SIN also gives useful help and advice.

There are usually ten meetings a year. These are in Glasgow. Speakers give presentations on a range of subjects likely to interest Scottish inventors.

The Innovators Counselling and Advisory Service for Scotland (ICASS) gives confidential and free advice to inventors. This advice relates to the development, safeguarding and commercial use of inventors’ ideas.

The Welsh Inventors & Innovators Network (WIN) works in a similar fashion to SIN. There are regular meetings with talks from inventors, advisers and potential backers.

Each meeting also provides Welsh inventors with an opportunity to receive confidential advice from experts in innovation and technology.

Various counties and geographical areas throughout England have network and counselling services for inventors. These often have the backing of government agencies and commercial bodies. The British Inventors Society has more details.

Ideas21 aims to help inventors exploit their ideas in the commercial world. It provides one-to-one advice sessions around the country. These cover issues such as intellectual property rights and licensing.

Other Ideas21 services include seminars, workshops and an online expert for advice and support. Ideas21 charges an annual subscription at four different levels. Membership of the first two levels is less than £50.

There are many inventors’ networks on the Internet. Many of these are genuine attempts to bring inventors together to discuss common issues. Some may have sponsorship from companies who offer to promote inventors’ ideas. Inventors may wish to be careful about what they reveal on such sites.
Next Page

Help from the Boots Centre for Innovation

What the Design Council Can Do for You
Share Your Story, Join the Discussion or Seek Advice..
Hi there, I find the information on this site interesting, however, it is not very relevant in my situation. The fact of the matter is, what I have invented could be so important as to change forever how we view power generation. But I am only half way there. I need a lot of design input and very little money. What I have invented could truly change everything. Owen
Saberite - 25-Nov-11 @ 2:31 PM
Title:
(never shown)
Firstname:
(never shown)
Surname:
(never shown)
Email:
(never shown)
Nickname:
(shown)
Comment:
Validate: