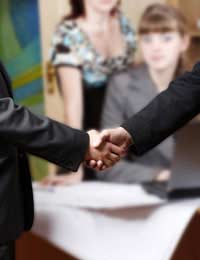 Most inventors will come across invention promotion companies in one way or another either through being approached directly, or through seeing advertisements on late-night television or the internet. While not all invention promotion or marketing companies are ‘scams’, a large proportion are, and should be avoided (see also the article ‘"target="new" class="body">How to avoid an invention company scam ). There are better ways of promoting your invention, as this article will explain.

What Most Invention Promoters Offer

An invention promotion company operation will usually offer to research the market for your invention, and promote it to manufacturers, in return for a fee. Done correctly, this sort of work would be of great benefit to an inventor, but most operations of this kind result in severe disappointment.

The research may be very cursory — little better than anyone with access to the internet or a public library could do within minutes — and the promotion may consist merely of blind mailshots to lists of companies out of industrial catalogues, with understandably poor results.

Fees range from hundreds to thousands of pounds, and will usually be ‘staged’ — probably with a ‘free’ initial consultation — leading the inventor into a cycle of increasing payments for services such as patent research. A poorly researched ‘patentability study’ can trick the inventor into proceeding with patenting (and all the costs and time incurred) mistakenly. In general: high-pressure selling techniques scare inventors into rushing decisions.

What to Look for

Investigate any company thoroughly. Do not send any details of your invention, or sign any agreements, before doing your research. Reports from dissatisfied customers will be easy to find via the internet — for example, searching for the name of a major US invention ‘services’ company which frequently advertises in Google ads reveals a number of dubious stories, Federal Trade Commission investigations, and so on. That should be enough to put you off straight away.

Many companies will change names to escape the lingering reputation from their former incarnations; you need to dig more deeply. If the company is genuine, it will be only too happy to answer your questions. If there is any hesitation, bluster or use of delay tactics, walk away.

Ask the company what actual successes they have had, which actually originated from outside inventors. Demand details of the products, where they are sold, in what quantities, and the inventors’ contact details. Licence agreements without actual sales are worthless, and it’s not unknown for companies to ‘license’ inventions to an associate company simply to charge the inventor a fee for having ‘reached this important stage’.

Contact the inventors whose products have been taken to market and discuss the company: have any of those inventors made an overall financial gain from the invention? To what extent was the promotion company actually involved? One well-known invention promotion company admits (to comply with US federal legislation) that less than 0.5% of its customers have made back more money than they spent with the company.

Ask how many inventions the company has assessed/promoted, and what percentage of inventors’ approaches were rejected. A high rejection rate suggests a higher standard of analysis.

Better Ways of Promoting Your Invention

Realistically, you can do better research yourself by spending a few hours on the internet than most invention promotion companies will provide you with. It’s easy enough to find out details of manufacturers in the industry you need to target. It’s also easy to do patent searches yourself . Join inventors’ clubs and associations: you are sure to meet someone with useful insights into your intended market or type of product, and this expertise from experience is far more valuable than the generic research churned out by invention promotion companies.

At some point, you will need a functional prototype in order to promote your invention to potential manufacturers, licensees or customers. This may not look exactly like the real product will but, in conjunction with aesthetic representations and a well-presented elevator pitch clearly demonstrating the benefits offered to users, you will have a much better chance of positive response than blind mailshots by an invention promotion company.

Some invention promotion companies will offer prototyping (or ‘product sample’) services, but, again, if you need an outside contractor to do this, it is better (and probably cheaper) to find an independent prototyping firm with a reputation to maintain, and negotiate with them yourself.

Five Business Strategies for Your Invention

Getting Help From a Business Mentor

Making Ends Meet: How to Survive Your First Year in Business?