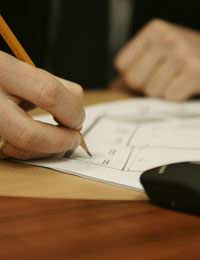 As in other fields there are a number of potential ways that conflicts of interest may become apparent or significant at different stages of the invention process, on either the part of the inventor or bodies with whom he or she deals. This article looks briefly at some ways that these can come about.

Funding and Institutional Conflicts of Interest

Conflicts of interest in an invention context are most likely to arise when the project is in receipt of some kind of external funding (grants or investment) and where the inventor has the power to spend some of that funding to his or her own direct benefit, or that of his or her family or friends. Alternatively, especially in the context of a university or other institution which part-funds the development of an invention by a member of its own staff, situations may arise in which the inventor does not act in the best interests of the institution.

In crude terms, this may be as simple as, for example, paying fees for ‘consultancy services’ to a member of the inventor’s family. Or an inventor’s friendship with someone from a supplier or other outside firm may lead to preferential treatment (or even a kickback) in a tendering process for supplying components or services. Sometimes, if the inventor holds a position of influence or decision-making power within an institution, he or she may attempt to shape the institution’s policy decisions and actions to the benefit of the invention, in which he or she also holds a financial stake.

Generally, however, these are not major problems for independent inventors, who are rarely in a position to be the ‘exploiter’, and are more often working on their own. Whilst it may be tempting to spend grant money on paying your wife as a secretary or ‘innovation consultant’, the scrutiny of grant-awarding bodies will make this less easy — though by no means impossible.

Conflicts of Interest with an Employer

It’s more likely that an inventor will become embroiled in potential conflicts of interest where there is no duplicity involved, merely a desire to innovate and capitalise on knowledge and experience gained elsewhere: specifically, where an invention is initially developed while working for an employer, and possibly using that employer’s facilities, and then pursued independently. The way that the company handles (or monitors) intellectual property generated by employees can be very important here.

While this in itself may not qualify as a conflict of interest in the strict sense, in many cases an inventor will set up as a rival to a former employer — the invention being in the same field as the previous employer’s business — and may try to ‘poach’ customers, either by retaining contact details or even by persuading them to switch to the new product even while still employed at the original company.

This certainly is a conflict of interest, and when employers find out that this is going on, they generally do not take kindly to it — increasing numbers of employment contracts, particularly in technical fields, now attempt to prohibit employees working in the same field for a number of years after leaving, although how enforceable this is open to question. Nevertheless, if customers want to switch to a new and superior product, that is their prerogative.