Home > Idea Protection > Proving You Were First to Invent 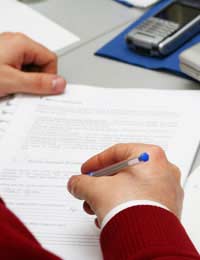 In the US the patent system is run on the principle that the patent should be awarded to the first person to invent, whilst in the UK (and the rest of the world), it is the first person (or organisation) to file a patent application who would receive the patent.What does this mean in practice? It probably doesn’t affect individual UK inventors too much, since many of the vagaries of the US system do not apply: if you have filed the patent application, and prior art is not found or submitted during the search or when the application is published, and your application meets the ‘inventive step’ and other criteria, you will receive the patent, and should not be so concerned by stories of people sending in old notebooks and sketchpads showing that they invented the product before you did. They didn’t apply for a patent, and you did: in the UK, the priority date (i.e. the date on which the application was filed) is effectively the date from which the invention existed, for legal purposes.

Nevertheless, one aspect of the US system, keeping an inventor’s notebook or logbook, can be useful for all inventors — and of course, may help with achieving a US patent if that is required.

A Misconception: The ‘Poor Man’s Patent’

The main misconception surrounding proof of invention is the idea that sending yourself a postmarked or recorded delivery envelope containing a description of the invention will automatically ‘prove’ that you invented it on or before the date of the postmark. This does not offer you meaningful legal protection, since you would need reliable witnesses who understand your work, to testify on your behalf, rather than simply a date-stamp. Many inventors, misled by the folk wisdom of the ‘poor man’s patent’, have unfortunately gone ahead and publicly disclosed their inventions before seeking a patent.

However, lodging documents with a neutral, secure, third-party service, for example File-Reg may be of some benefit in conjunction with confidentiality and non-disclosure agreements, since it could record the exact state of documents at the point of the discussion. As the UK Intellectual Property Office advises, “in any legal action for breach of confidentiality, the courts would be reluctant to treat information as secret that you had not taken practical steps to protect.”Overall, though, however and with whomever you lodge documents, the patent process is the established and correct one for protecting your inventions.

An inventor’s notebook or logbook should be a permanent, durable record of your progress with the invention. It needs to be written in ink (with corrections signed), bound and any additional pages or materials added need to be signed across the join where they are attached. The most important dates to record (from the point of view of the US system) are the date of conception, and the ‘reduction to practice’ date: when the invention was shown to work, practically. You’ll need these (and all other stages noted) to be witnessed, dated and counter-signed by someone who can understand your written explanations, diagrams, and so on, but who is not one of your co-inventors. (One problem with this, of course, is that if someone is skilled enough to understand your invention in its entirety, he or she will probably also offer you suggestions or advice, which blurs the ‘co-inventor’ line slightly.)

Ideally, you should update your notebook as you go along, although from a practical point of view, laboriously recording ‘dead-ends’ and failed attempts can be demotivating. The key is that the notebook should read as an understandable record of progress, recording the facts of your invention and providing a reference for yourself as much as for others.