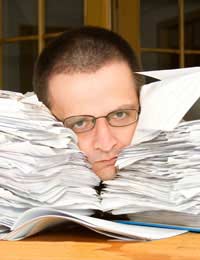 The patent system is complex: there’s little argument about that among inventors and intellectual property professionals, since otherwise patent attorneys would be unnecessary. Whether or not the complexity of the system means that is ‘biased’ against or in favour of particular groups, such as lone inventors or large corporations, is again a significant area of debate.

Put simply, though, there are only three basic criteria for the patentability of an invention, and much of the complexity results from the implications and differing interpretations of these criteria.

For a patent to be granted, your invention must:

In return for disclosing the details of your invention, satisfying the above criteria, in a form which would allow others to understand, replicate and learn from it, you are granted a limited monopoly (usually 20 years) on exploiting it, provided you pay renewal fees. The monopoly allows you to prevent others to make, use, import or sell the invention without your permission, and as intellectual property, you can assign, sell or license it to other people (or companies) via normal contract law.

It’s important to remember that patent rights do not arise automatically: they are a bargain between society and the inventor, offering the inventor a degree of legal control over his or her invention whilst increasing the sum of human knowledge.

Of the above criteria, the novelty issue is the one most likely to trip inventors up, not so much through their own disclosure of the invention, but through the likelihood that someone, in the last few centuries, has had a similar idea and expressed it publicly, either in long-forgotten journals, or abandoned patent applications, etc. Whilst this would not stop a modern inventor proceeding, it will make it more difficult to get a patent since advances over this prior art will need to be clearly demonstrated.

Other Aspects of Patentability

It’s the ‘be capable of being made or used’ criterion as explained above which is the subject of much debate, challenge and reform in intellectual property regimes throughout the world. As it stands at present, in the UK, that criterion means that patents cannot be granted for a number of categories of potentially commercially lucrative innovations, including:

Alongside more obviously excluded works such as literature, music, scientific theories, and games. The software patent issue will run and run: it has been a controversial area of patent law in the US for decades and with a number of very high-profile cases, will surely become so in the UK and Europe very soon. The issue revolves around the degree to which software contributes to innovation — is it an algorithm, in the same way as a mathematical formula, or a technological system in its own right?

Aside from these issues, an invention must not be immoral or against public policy which again are highly subjective criteria and very much a grey area. Many would hold the development of ever-more-effective weapons systems to be immoral, but others would argue that all technology is neutral and it is humans who imbue it with a moral or immoral purpose.