Inventions from the Space Age 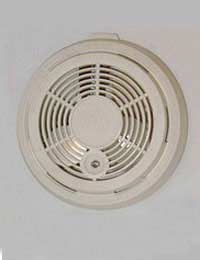 Since the space age began in the second half of the twentieth century, we have benefitted from a number of related inventions.

When astronauts take off from earth, their bodies are subject to buffeting and G-forces. To make take offs more comfortable, NASA created a cushioning material of viscoelastic bubbles.

Trainer manufacturers immediately saw the potential for this material. They developed their own equivalent and used it to replace the foam rubber insoles that until then had been standard in most trainers. The result was more comfortable running and jogging shoes.

Opticians are keen to stress the importance of scratch-resistant plastic lenses. These lenses have a very hard coating. This helps make the lenses far more durable.

The coating is the direct result of NASA research. Space equipment suffers regular knocks and scratches from debris. NASA’s Ames Research Centre developed the coating to increase the toughness of the equipment.

The days of mercury-filled glass thermometers are now gone. This is thanks to the far safer digital ear thermometers.

These thermometers identify infrared radiation from the eardrum. They translate this into a temperature reading in a matter of seconds. The thermometers also cut the risk of cross-infection by using probe covers that medical staff replace after each use.

NASA did not invent these thermometers for the specific needs of astronauts. Instead, the Diatek Corporation in America asked NASA if they could work together to produce a new thermometer. Diatek believed that NASA’s expertise with infrared sensors could help, and this proved to be the case.

Smoke detectors are an example of another joint initiative.

NASA needed a device in its Skylab space station that would warn astronauts of the presence of toxins and smoke. NASA spoke to the Honeywell Corporation, and between them they produced the world’s first ionisation smoke detector. This used a tiny quantity of a radioactive isotope, Americium-241.

Honeywell realised there was no reason why homes on earth should not have similar smoke detectors. So in 1979, commercial smoke detectors appeared and began saving lives.

NASA therefore approached Black & Decker. The brief was to create tools with low-power consumption motors and rechargeable batteries. These first cordless tools are the forerunners of all those now available at DIY outlets.

NASA didn’t invent dental braces as such, but it has a wire alloy that dentists have found is ideal for correcting the growth of teeth.

The alloy is nickel titanium (NiTi). Dentists now use it for braces because of its springy quality. NiTi places teeth under a continuous pressure to move in a certain direction. There’s no longer any need for patients with braces to make regular trips to the dentist to have the wires between their teeth tightened.

These space age inventions are examples of the way cutting-edge science can have a positive impact on our daily lives. And with other countries now entering the space age, the developments are certain to continue.